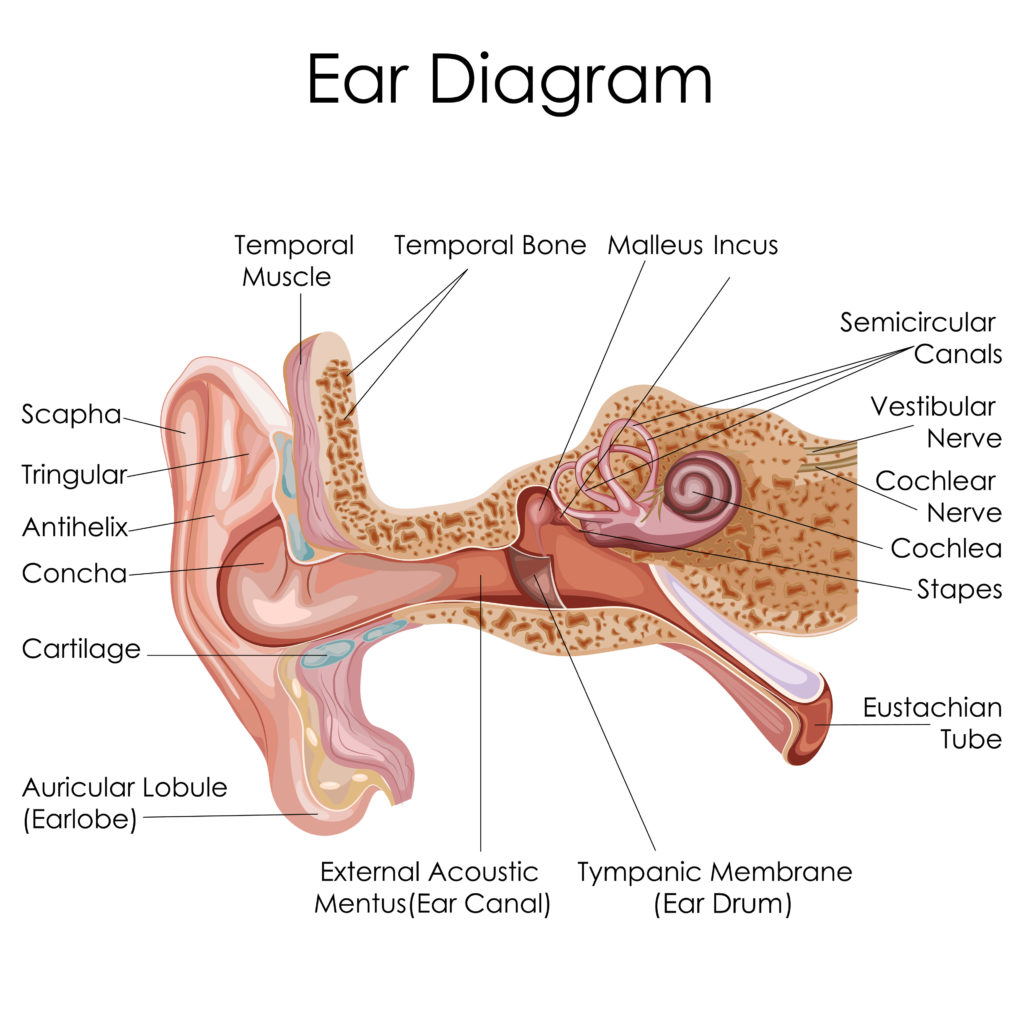 Most parents are familiar with ear infections and they are usually the most common reason for a visit to the doctor. Chances are, that by the time a child reaches the age of 6 they will have suffered an ear infection of some form. Most ear infections get better without any treatment, but if you are in doubt of the severity of the problem you should always contact your doctor.

The ear is a complex structure that consists of three sections: the outer ear, the middle ear and the inner ear. A tiny tube, called the eustachian tube, connects the middle ear to the back of the throat and nose. This is the tube that we open by yawning or swallowing.

Inflammation of the ear is called ‘otitis’. Otitis ear infection occurs when bacteria or a virus invade the external, middle or inner part of the ear. There are 2 common types of ear infections, otitis media and otitis externa.

What is otitis media?

Otitis media (also known as middle ear infection or glue ear) is an infection or inflammation of the part of the ear behind the eardrum. Otitis media is more common in children and causes ear pains and fever. It can affect one or both ears at the same time.

When a child has a cold, throat infection or a nasal allergy like hay fever the eustachian tube can become blocked, causing a build-up of fluid in the middle ear. If bacteria or a virus infects this fluid, it can cause swelling of the eardrum and pain in the ear, this is known as otitis media.

What are the symptoms of otitis media?

The most common symptoms of otitis media are pain, discomfort and sometimes an annoying itch in the ear (babies may tug or pull at their ear if they are experiencing pain), other common symptoms are:

The actual infection normally only lasts a few days, but the decrease in hearing may last for a few weeks after the initial infection.

What are the risk factors of otitis media?

Children are more vulnerable to otitis media because their eustachian tube is shorter and straighter than in adults, so infections such as a common cold, sore throat or tonsillitis can easily travel to the middle ear. However, otitis media can affect people of all ages. Otitis media is also more likely to occur during the winter months. Other factors that may cause otitis media include:

How is otitis media diagnosed?

In most cases, if someone is suffering from a cold or sore throat that suddenly gets worse, with ear pain and a fever, then the diagnosis is likely to be otitis media. It is still wise to see a doctor, as he will look into the ear with a special torch known as an otoscope, enabling him/her to see clearly if there is inflammation and/or infection.

How is otitis media treated?

Once a diagnosis has been made treatment can start immediately so that the pain can be reduced. Home treatments such as paracetamol can be used to relieve the pain and discomfort in the ear. Your doctor may prescribe antibiotics (usually amoxicillin) especially if you also have a throat infection.

What is otitis externa?

Otitis externa is caused by bacteria or fungi that invade the ear under unusually moist or wet conditions. As a result, frequent swimming will increase your chance of infection. Exposure to water moistens the skin in the ear canal and provides the ideal environment for bacteria and fungi to grow. This is why otitis externa is often called ‘swimmer’s ear’.
Sometimes there may be no reason why the infection has started, however, other possible reasons for infections include:

What are the symptoms of otitis externa?

Symptoms of otitis externa may include any of the following:

What can be done to avoid otitis externa?

It is sometimes hard to avoid an ear infection, but you can reduce your risk of infection by avoiding cleaning your ears with cotton buds and by trying to prevent getting excess water in your ears when swimming or taking a shower.

How is otitis externa diagnosed?

A doctor will normally be able to diagnose otitis externa by inspecting the ear canal. If an infection is present the ear canal will be red and there will be swelling of the ear lining, usually in the form of flaking skin. There may also be a foul smelling discharge.

How is otitis externa treated?

If you do have an infection in your outer ear, the treatment is with either ear-drops (containing antibiotics) and/or a course of oral antibiotics. If the pain is very uncomfortable you may be advised to take painkillers such as paracetamol or anti-inflammatory drugs. If the ear canal needs more attention, then treatment could include a thorough cleaning of the ear by your doctor or an ear specialist.