The ovaries make up part of the female reproductive system, each ovary is about the shape and size of an almond.

Every month an egg is released from one of the ovaries and passes through the fallopian tube to the womb (uterus).

If a sperm does not fertilize the egg, it passes out of the body and is shed, along with the lining of the womb. This is known as your period. The ovaries also produce the female sex hormones, oestrogen and progesterone. These hormones control the development of the female body. 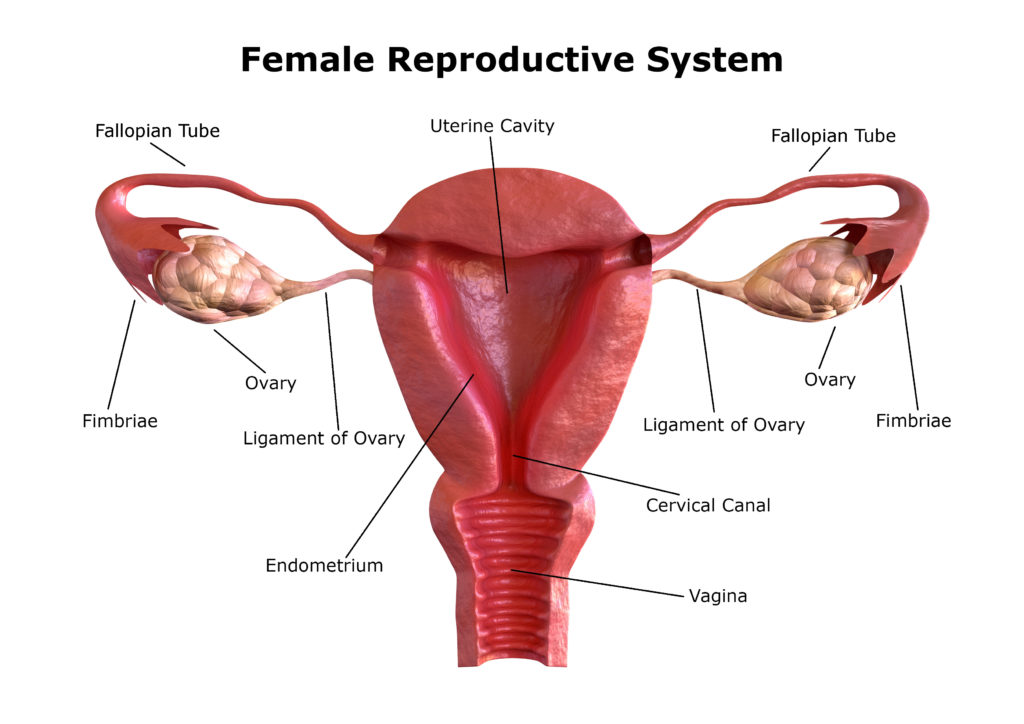 What is ovarian cancer?

Ovarian cancer is a cancer that arises in one or both of the ovaries. The cancer develops when the cells in the ovary grow rapidly and in an uncontrolled manner. A cluster of cells growing in an uncontrolled way are called a tumour. Cancer cells can sometimes break away from the original tumour to form new tumours in other parts of the body.

The exact cause of ovarian cancer is not known. However, it is more common in women who have not had children and who smoke. There is strong evidence that women who regularly take the contraceptive pill will have a reduced risk of developing cancer of the ovaries and the longer the pill is taken for the greater the protection.

Am I at risk of getting ovarian cancer?

Ovarian cancer is most common in women over the age of 50. On very rare occasions, ovarian cancer can run in families (hereditary). You may also have a higher risk of getting ovarian cancer if you have already been diagnosed with breast cancer or bowel cancer.

What are the symptoms of ovarian cancer?

Ovarian cancer may grow for some time before it is large enough to cause any symptoms. The tumour is sometimes found by chance during an abdominal or vaginal examination for an unrelated problem.

Some of the symptoms you may experience include:

Some ovarian cancers produce the male hormone testosterone and as a result you would notice many physical changes such as an increase in body/facial hair, a deeper voice, more of a masculine body and your periods may stop.

If you are suffering from any of these symptoms, you should make an appointment to visit your doctor. These symptoms are common to many other minor illnesses and the majority of women with these symptoms will not have cancer.

How is ovarian cancer diagnosed?

Ovarian cancer can be hard to diagnose. If your doctor suspects you might have cancer of the ovaries he/she may perform a blood test. From there, you will be sent to the hospital for further tests, this will include an internal vaginal examination to check for any lumps and an ultrasound.

A laparotomy is usually required to make the final diagnosis of ovarian cancer, this will involve a small operation. The doctor will look at the ovaries through a thin mini telescope (laparoscope) and will take a small sample of tissue ( biopsy) for examination. As this operation involves a cut being made in the lower abdomen (to insert the laparoscope) you will need to have 1 or 2 stitches. If the doctor believes there is a strong possibility the cause of your symptoms is ovarian cancer, then this may be the only test you need to have.

What treatment is available for ovarian cancer?

As with most cancers the method of treatment depends on the type and size of the cancer and your general health. To remove the cancer, surgery will generally be recommended. This will normally involve the removal of the ovaries, a hysterectomy (removal of the womb) and you may also need to have your fallopian tubes removed. The aim of the surgery is to remove as much of the cancer as possible.

Chemotherapy may also be given before and after surgery. Radiotherapy is a less common form of ovarian cancer treatment.

Your doctor will discuss all methods of treatment with you.