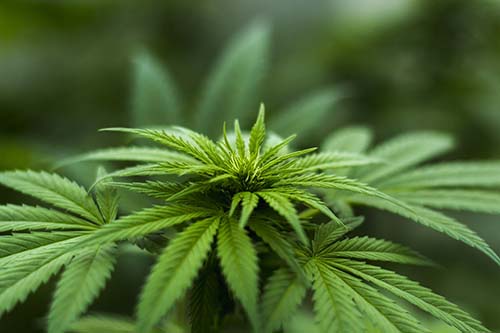 Marijuana is a natural substance from the marijuana plant. Cannabis is also known as: marijuana, draw, dope, puff, hash, pot, spliff, wacky backy or weed, it is the most commonly used drug among 11-25 year olds. Therefore, this information is relevant to parents.

The drug comes in either; small, solid, brown lumps (which look a bit like liquorice) known as resin or as leaves, stalks and seeds (from the marijuana plant) known as grass. Grass looks like green/brown tobacco. It may also come as sticky dark oil.

How is it taken?

It is usually rolled with tobacco and smoked in a hand-rolled cigarette called a spliff, reefer or joint. Cannabis can also be smoked on it’s own in a special pipe, brewed into a drink or cooked and eaten in food. Cooking and eating cannabis makes the effects more intense and harder to control.

Taking the drug makes most users feel more sociable, relaxed, talkative and giggly. It heightens the users’ senses, especially when it comes to colours, taste and music and can also bring on food cravings (often referred to as the munchies).

It can affect the users short-term memory and ability to concentrate and can also leave the user feeling paranoid, tired and lacking energy.It also impairs driving skills therefore increasing the risk of accidents, so never get into a car with someone who has just taken cannabis.

Researchers in the US have recently found that people who use cannabis, could reduce their chances of having children. An element of marijuana could overload signals in the brain that are involved with fertility. As a result sperm can become sluggish and less likely to break through the surface of the woman’s egg.

Smoking cannabis over a long period of time can lead to health problems such as lung cancer, heart disease and bronchitis. Like cigarette smokers, many users find it hard to quit, especially if they mix it with tobacco.

A new report warns that it is becoming more powerful and can lead to long term health problems. Scientists believe that it can have a serious effect of on mental health. They say cannabis can provoke negative mood changes and weaken the immune system. Scientists also say that it is 5 times more damaging to the lungs than cigarettes. However, the long term health risks may not be fully understood for 10-20 years.

For more information about cannabis and mental health click below for information from the NHS.
Daily Use of high-strength cannabis increases the risk of psychosis.
Teenage cannabis use linked to depression in later life.

For more information about weed from the NHS click here.

For more information about drugs of abuse click here