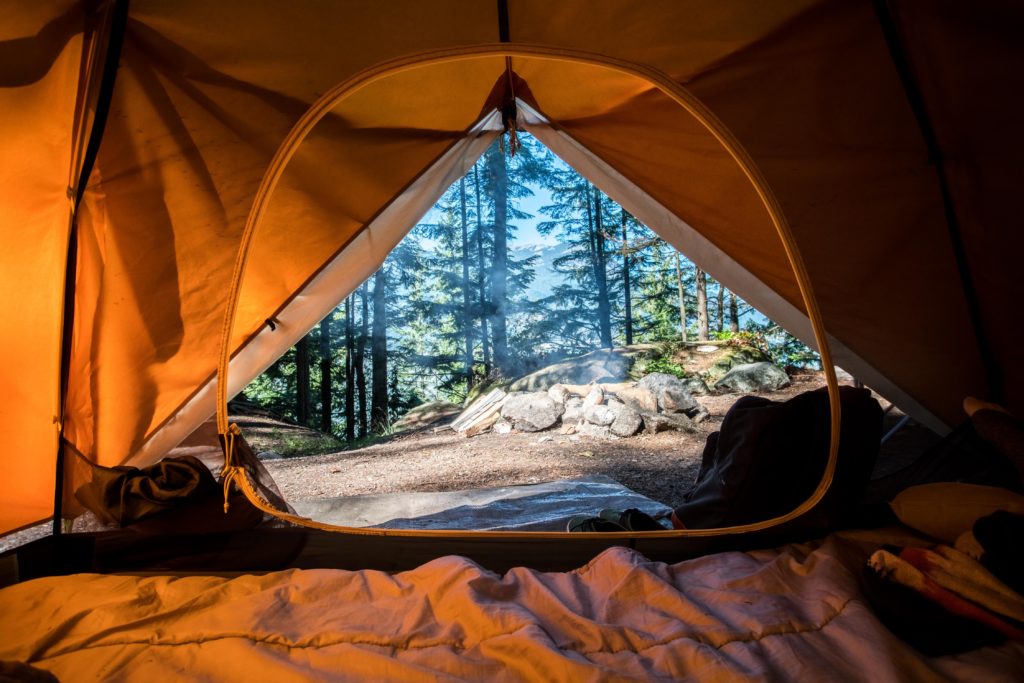 Be ‘tick aware’ if you’re camping this year

There’s no doubt that camping offers a wonderful experience and a chance to be closer to nature but before you pack up your tent and sleeping bag, make sure you’re prepared for ticks to avoid Lyme disease.

With continued caution about overseas travel, it’s no surprise that the UK has seen a surge in camping and glamping holidays from Brits keen to stay on home turf this year.

From families to young people, recent research has revealed that nearly half of Britain’s would now consider going camping or caravanning in the UK for their holiday break. Camping bookings in the UK are up a whopping 500% for 2021 too!

Any why not? The British Isles are beautiful and score well in the worldwide camping index for safety with a low number of dangerous animals and risk of natural disasters. Other than our favourite enemy, the wasp, our country’s insects are relatively harmless.

There is, however, one small arachnid we need to be aware of: the tick.

What is a tick and is it dangerous?

A tick is a tiny, blood-sucking insect commonly found throughout woodland and grass areas throughout the UK. Ticks are related to spiders and scorpions, but don’t worry – they are much smaller. They don’t fly or jump. Instead, they attach to the skin of the person or animal that walks by.

Ticks typically stay on the skin for a few days while they feed on the blood before they drop off. As they feed, they become enlarged. This doesn’t hurt – often a person won’t even know a tick has attached to them, which is why it’s so important to regularly check your skin after walking in high-risk areas (damp, humid, leafy areas).

Although the risk is fairly low in Britain, there are various diseases that can be caught from a tick bite in the UK:

The risk of disease increases the longer the tick stays on the skin feeding, so it’s important you check yourself (legs and ankles particularly) and children (waistline and scalp) regularly when camping.

Only a small number of ticks carry Lyme disease, but it is the most common tick-borne disease in the UK. Lyme disease is much easier to treat if it is caught early so look out for these common symptoms if you have been bitten by a tick:

Read more about Lyme disease and how to test for it here: Lyme Disease Blood Test

How to remove a tick safely

The sooner you remove the tick the better, but it must be done the right way.

Don’t let this put you off camping. The UK is one of the safest places to enjoy the outdoors. Just be prepared, take the right equipment (don’t forget insect bite relief) and make sure you pack a few marshmallows to roast around the camp fire.