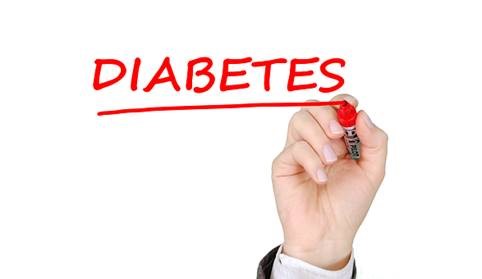 There are two main types of diabetes: Type 1 and Type 2.

Type 1 Diabetes, also known as ‘insulin dependent diabetes’, develops when the insulin-producing cells in the pancreas have been destroyed and the body stops producing its own insulin. This may be due to a combination of hereditary and environmental factors, but could also be as a result of damage to the pancreas from a virus.

Type 1 generally affects children and young adults of both sexes, and will usually become apparent before the age of 40. Approximately 95% of the estimated 31,500 children with diabetes in the UK have Type 1 diabetes. Learn more about Type 1 Diabetes

Type 2 Diabetes, also known as ‘non insulin dependent diabetes’, is the most common type of diabetes. Type 2 happens when the pancreas fails to produce enough insulin to completely control the levels of glucose in your blood, or when the body cannot use the insulin it produces properly.

Type 2 usually appears in older people over the age of 40. However, as levels of obesity in the UK are rising, more and more younger people are now being diagnosed. In the year 2000, the first cases of childhood Type 2 diabetes were diagnosed in the UK.  By 2017, the Royal College of Paediatrics and Child Health reported that the number of children and young people under 25 being treated for Type 2 diabetes had exceeded 620.  Although this is still a small percentage, the increasing numbers of Type 2 diagnosis are a worrying trend.

Gestational Diabetes is when blood sugars increase during pregnancy, typically developing in the second or third trimester. It happens when the placental hormones block the insulin. It usually disappears after giving birth, however it can increase the risk of pregnancy complications such as pre-eclampsia.

According to Diabetes.co.uk, gestational diabetes affects approximately 1 in 20 pregnant women in the UK. Read more about Gestational Diabetes

For more detailed information on different aspects of diabetes click on the relevant link below:


12 Ways to Treat Psoriasis at Home

Going Camping? Read this Advice on Ticks and Lyme Disease

Oral Mucositis and How to Treat it

How To Get Help for your Pain