The Clearblue Advanced Digital Ovulation Test is the first and ONLY test that typically identifies 4 or more fertile days each cycle. It tracks 2 key fertility hormones to identify your High AND Peak fertility days, so you can plan ahead and have more opportunities to get pregnant.

Identifies a wider fertile window than any other ovulation test

The Clearblue Advanced Digital Ovulation Test identifies the fertile window of the menstrual cycle by monitoring two key urinary fertility hormones, estrone-3-glucuronide (E3G; one of the urinary metabolites of estradiol) and luteinizing hormone (LH). By measuring these two hormones, the Clearblue Advanced Digital Ovulation Test is the only ovulation test that accurately detects the timing of a wider fertile period of typically 4 days, 2 more than other ovulation tests.

Each menstrual cycle has a unique hormone profile. The test holder contains a sophisticated algorithm that adapts to a woman’s individual hormone levels in order to accurately identify her fertile window.

Many women have small levels of LH present in their urine throughout their cycles – Clearblue Advanced Digital Ovulation Test sets a personalized threshold level for each woman, by measuring changes in hormone levels from their baseline (rather than measuring hormones to a constant uniform threshold, like some other ovulation tests).

After 5 minutes, the test holder automatically reads and interprets the test result and delivers a digital indication of the user’s fertility status:

Clear Circle – It is unlikely, but not impossible, that intercourse at this time will result in pregnancy. The user should test again the following day. This result is displayed for 8 minutes.

Flashing Smiley – If the user has intercourse today she will increase her chance of getting pregnant, but she must also test again the following day. The result will be displayed for 8 minutes.

Smiley Face – This is the user’s most fertile time and the result will be displayed for 2 days. If the user has intercourse today she will maximize her chance of getting pregnant. The user should stop testing after the first day that Peak Fertility is displayed (3 error symbols will be displayed simultaneously if she continues to test).

I had a positive result for the L.H. surge and had sexual intercourse during this period but I have still not become pregnant.

There are many factors that can affect your fertility. It can take many healthy couples months to achieve pregnancy. You may need to use these tests for a few months before pregnancy occurs. If after 6 months of trying you have still not become pregnant, you should visit your doctor for advice.

For full instructions on how to use the Advanced Digital Ovulation 10 test pack  click here.

As it is not possible to become pregnant outside of your fertile 2-3 days each cycle, which is around ovulation. It is therefore very important that you know when you are ovulating. Ovulation typically occurs around day 14 of your menstrual cycle. Count the first day of your last period as day 1. There are […]

Many women are unsure about ovulation and what job their hormones do in controlling it. It is estimated that although 90% of women know what ovulation is, there still is a lot of confusion on how this relates to their  fertility. What is ovulation? Ovulation is the release of a mature egg from the ovary. […] 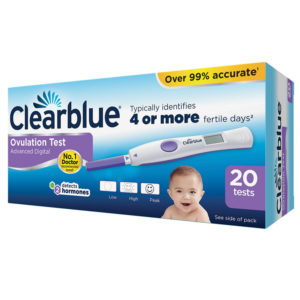 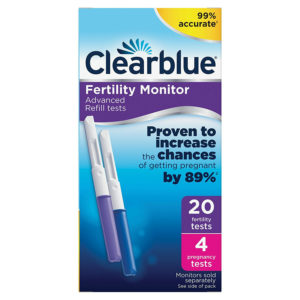 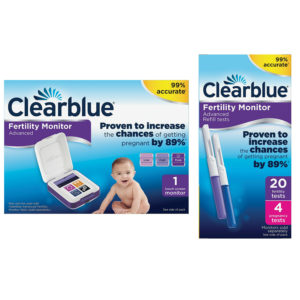 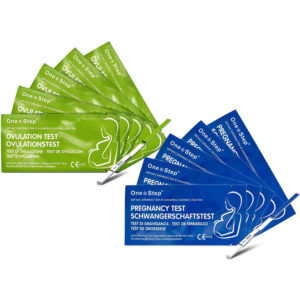