What about the sensitivity of the tests?

How do I know what is best for me and what does this mIU stuff all mean anyway?

In its simplest terms the numbers (e.g. 20mIU) are just a standardized measurement system that detects the pregnancy or ovulation hormone present in your body. The lower the number the higher the sensitivity.

Essentially the higher the sensitivity the earlier you will detect your pregnancy. We have given more detailed information about what this all means and why this is important lower down the page.

We now sell literally millions of these tests in the UK and throughout the world – they are made specifically for us and comply with CE (European Community) and FDA (United States) rules and regulations and every pack has the approval details printed on them. Every batch is checked religiously for quality and accuracy – they are more than 99% accurate. As for the expiry dates of our Pregnancy and Ovulation tests (excluding Pre-seed), they will always be at least 15 months away and more often nearly 2 years (which is the legal maximum).

When Does Vaginal Dryness Occur?

Many times women believe that vaginal lubricants or moisturizers are only for women going through menopause and experiencing vaginal dryness. This is not true and normal hormonal fluctuations often cause vaginal dryness creating the need for extra vaginal lubrication. Vaginal dryness can often occur during:-
• the menstrual cycle
• pregnancy
• childbirth
• nursing
• times of emotional stress
• and when using a condom.

Why do I need PRE-SEED rather than other vaginal lubricants?

Pre-Seed is sperm friendly which means that sperm can move freely in your vagina. The picture below shows sperm swimming freely between semen and Pre-Seed which is exactly what you need when trying to conceive.

Many popular lubricants can create a barrier that interferes with sperm as shown in the picture below – you can see that no sperm have been able to enter the lubricant.

Even worse many popular lubricants are actually hostile to sperm and should not be used when trying to conceive.

What makes Pre-Seed so special?

Pre-seed’s moisture is delivered in a fluid with the same pH and osmolarity as semen and fertile cervical mucus, so as not to harm sperm, and to be mild to a woman’s body.

Pre-Seed contains a naturally occurring bioactive plant sugar (arabinogalactan) which provides antioxidant support to cells. Antioxidant levels can be severely decreased in semen from men with fertility problemsleading to sperm damage. Pre-Seed is deposited inside to coat the vagina and external cervix and replenish nature’s moisture without harming sperm even while trying to conceive – which is often a time of increased vaginal dryness when other personal lubricants should be avoided.Pre-Seed has been fully clinically tested and is doctor recommended.

What if I want to find out more information?

We at HomeHealth have fully checked and tested this product but if you need more information please follow the link below which will take you to the US manufacturer’s web-site. 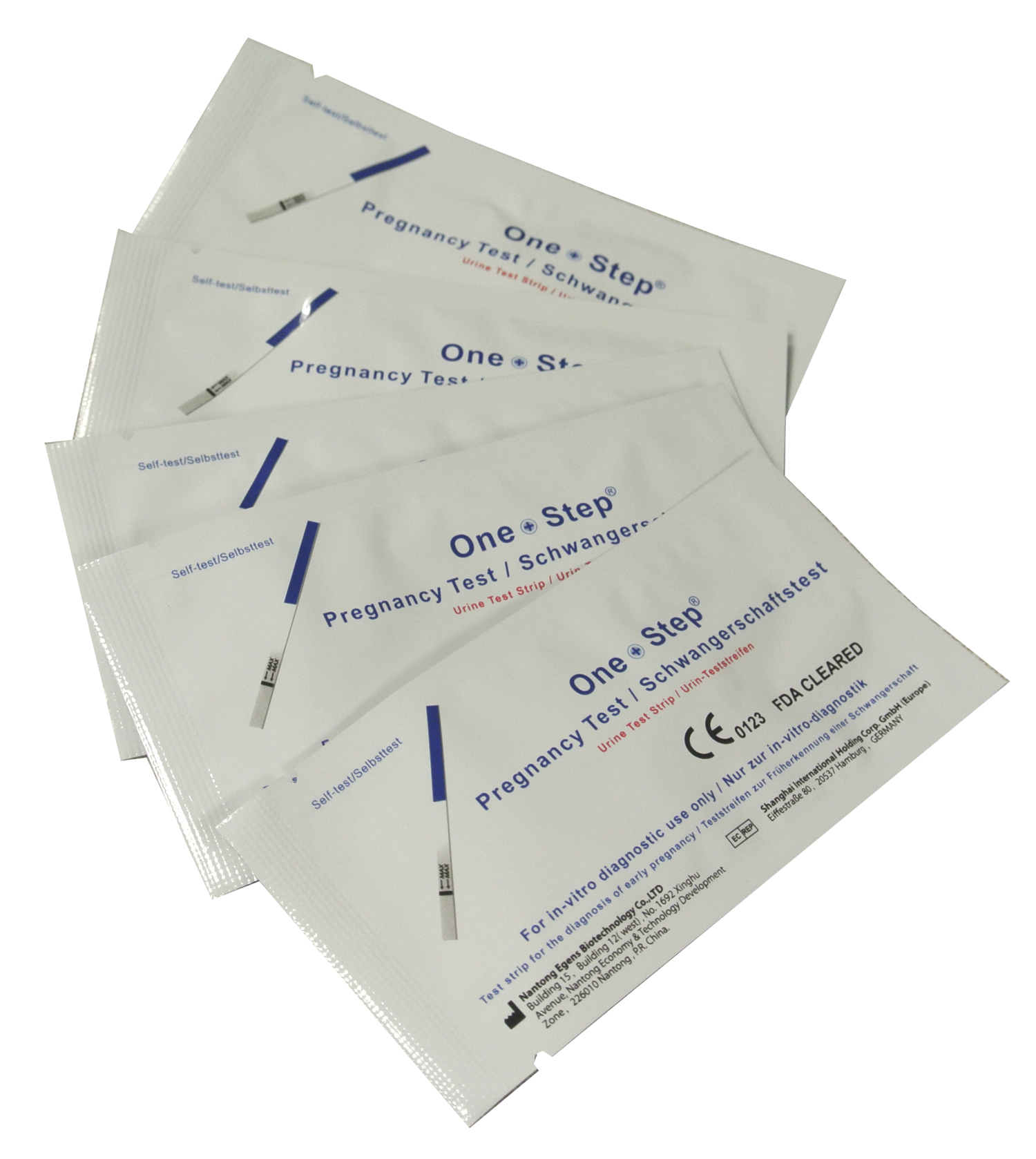 Whether you are trying to get pregnant or trying to keep from getting pregnant, you want to know immediately if you are pregnant or not. The pregnancy tests that we offer are fast, accurate, reliable and an easy alternative when you require immediate and discreet results in the privacy of your own home.

How does a pregnancy test work?

A pregnancy test measures the presence of the hormone Human Chorionic Gonadotrophin (HCG) in your urine. HCG is produced in the placenta shortly after the embryo attaches to the uterine lining. This hormone then builds up rapidly in your body in the days following successful conception.

The test can be taken at any time of the day. However, we do recommend that you test first thing in the morning when your urine is most concentrated. Do not drink large amounts of fluid in an attempt to increase the volume of urine as this may dilute the urine making HCG more difficult to detect. How long will it take before I can read the result?

You can read the results in under 5 minutes and a positive result can often be seen in under 30 seconds. However, the full reaction time of 10 minutes is required to confirm a negative result.

What is the difference between home tests and those done by a doctor?

Many doctors and clinics use our pregnancy tests anyway, in which case they are exactly the same. Occasionally, some women may be given a blood test, but they are not very different from our pregnancy tests either as both types look for the presence of HCG in your body.

What should I do with my results?

If I see 2 lines but one is fainter than the other is this a positive result?

Can anything affect the results of these tests?

Drinking alcohol, painkillers, oral contraceptives, antibiotics and other common drugs will not affect the result of these tests. Only medicines that contain HCG can produce a false positive result. If you are unsure about your result or your period has still not arrived you should see your doctor for advice.

What are 10mIU Ultra Early pregnancy tests and what does it all mean?

It is unfortunate that some eBay sellers claim their tests are ultra early and 10mIU when they are not. Basically if the outer foil doesn’t indicate 10mIU then they are NOT the Ultra Early highest sensitivity pregnancy tests. We send out the Ultra Early 10mIU tests as a standard. The number given after the Lot number (-10 or -25) indicates the sensitivity of our tests. Some women on hormone treatments containing HCG may require tests with the lower 25mIU sensitivity and for those women we will happily send you 25mIU sensitivity tests – just let us know in the “add message” box at checkout.

A 10mIU pregnancy test will show a faint line at a level of 10mIU of HCG (the hormone that is produced in large amounts when you are pregnant). A normal non-pregnant woman is at a level of 5mIU or less and from the first day of becoming pregnant the level of HCG doubles every other day for the first 3 months until the level is at several hundred thousand. The average woman could, therefore, show a faint line only 2 days after conception but if the level started at 1mIU then it would be several days after conception that the line would show. Accordingly it can vary from person to person and the actual day of conception in the cycle can vary slightly depending on the day the egg was released from the ovary, the day it was fertilized and the day the egg implanted. Normally we would say that these tests would be certain to show a positive result 6 days after conception. On the 7th day the line would be much darker and so on. Having said that we have had women say they showed positive after only 2 days!! The risk of testing too early being that the test could be a ‘chemical pregnancy’ as the fertilized egg may fail and turn out to be just a heavier period than normal. Experts estimate that up to 50% of all pregnancies end in a miscarriage and many of these manifest themselves as slightly later or heavier periods.

For full instructions on how to use Pre-Seed click here. 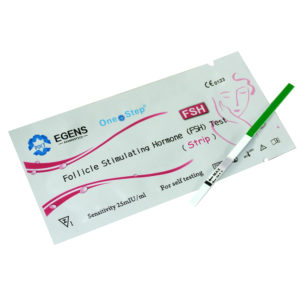 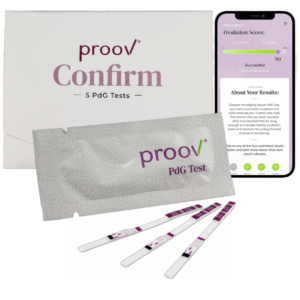 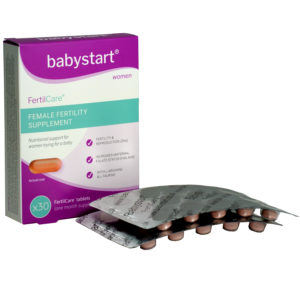 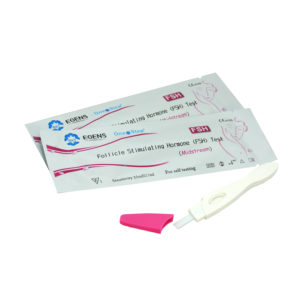 Rated 4.67 out of 5
£2.99
Add to basket
Pharmacy Purchasing Restrictions