What does the test involve?

This test is fast, accurate and easy to do. It takes just a few minutes to test a drink or a urine sample.

For more information on Drugs and there effects click here.

In the past year, more than 1,000 women in Britain have reported being raped while drugged, yet due to the difficulty of proving a crime that the victim cannot even recall, there have been few successful prosecutions.

This drugs cassette looks for the presence of the drug benzodiazepine in a suspect drink or human urine. Benzodiazepines or ‘benzos’ are tranquillisers that produce a sedative effect. The most common tranquilliser associated with ‘date rape’ is a benzo called Rohypnol™ or roofies.

This test can warn you if your drink has been spiked and so allows you to take action before it’s too late.

Rohypnol is a potent tranquilliser that produces a sedative effect, amnesia and muscle relaxation. Rohypnol is available on prescription for medical problems, such as extreme back pain and insomnia.

Rohypnol usually comes in the form of a white tablet, scored on one side with the word ‘ROCHE’. Scarily Rohypnol is odourless and tasteless and can take effect after just 10 minutes of being swallowed.

What are the effects of rohypnol?

Rohypnol, especially when mixed with alcohol causes a strong high, making people appear extremely drunk when they may have only had one drink. The drug can also leave you with only a hazy memory of what happened. The effects of Rohypnol include, lowered inhibitions, sedation, confusion, severe disorientation and blackouts.

Rohypnol usually comes as a small sized tablet which is easily dissolved in drinks, it is also odourless and tasteless so is ideal for spiking drinks. If Rohypnol is added to alcohol the effect can be intensified and a reaction can occur between 10-30 minutes after ingestion and can last up to 8 hours.

What should I do if I believe my drink has been spiked?

If you start to feel odd, slightly drunk and sick after only a few drinks and you know you couldn’t possibly be drunk, then there is a chance that your drink has been spiked. If you are with friends, tell them that you think your drink may have been spiked and get them to immediately leave the place you are in with you and take you to a place of safety. Once safely home ensure someone stays with you until the possible effects of the drug have worn off. However, be sure the person you leave with is someone you totally trust, many victims have been raped by people they know. If you are alone you should tell the landlord or manager and ensure they take you to a place of safety, whilst they phone a friend or member of your family to get you home safely. NEVER let a stranger offer to help or take you home, they could be the potential rapist!

What should I do if I think I have been ‘date raped’?

As Rohypnol can take away your memory you may not recall the night’s events so if you wake up in a strange place, you are at home but your underwear is scattered around, you have a sore genital area or there is physical evidence on your body, then you may have been a victim of rape.

If you believe you have been a victim of ‘date rape’ it is very important that you report the incident to the police as soon as possible and insist that they take a blood and urine sample. Rohypnol can only be traced up to 48 hours in your urine. When reporting the incident, make sure that you are accompanied by a friend or even better a solicitor.

If you have been raped it is also advisable to visit your doctor or local GUM clinic for tests to ensure that you have not been given a sexually transmitted disease.

Make sure you read all instructions carefully and follow them exactly.

This test can be carried out on a suspected tampered drink or on a urine sample if you believe you may have consumed a drink that could have been spiked. You can test beers, wine, alcopops, mixers and soft drinks but not pure (straight) spirits. You should use this test as soon as you become suspicious.

Please note that the strips will not work in straight shots, such as vodka.

You can test a urine sample either when you become suspicious or the following morning if you believe your drink was spiked the previous night.

You will see 2 letters on the cassette by the test strip, ‘C’ this is the control band and ‘T’, this is the test band.

If you obtain a negative result then there were no benzos detected in your body or drink at this time. However, there is a possibility that your drink still may have been spiked with the drug GHB (gammahydroxybutyrate). GHB is a colourless, odourless liquid which has a salty taste. If you believe your drink still may have been spiked, you should leave it and purchase another one and keep a closer eye on it. To avoid your drink being tampered with follow the tips below- “What else can I do?”

If you obtain a positive result then benzos have been detected in the sample. If the result is positive then you should not drink anymore of the suspect drink. If you have already drank some then ensure you tell your friends so they can keep an eye on you and they can also keep a closer eye on their own drinks. If you begin to feel drunk really quickly or feel any other unusual symptoms it is recommended that you leave the place you are in and go to a place of safety. You should also follow the tips above -“What should I do if I believe my drink has been spiked”.

What else can I do?

To prevent your drink from being tampered with, remember the following: 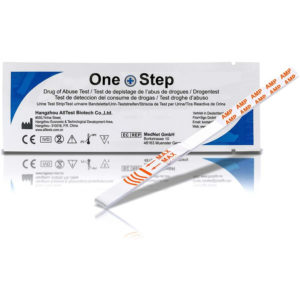 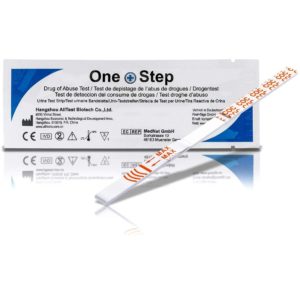 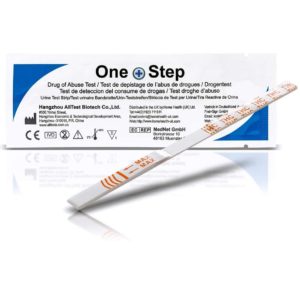