Pre-Seed’s moisture is delivered in a fluid with the same pH and osmolarity as semen, so as not to harm sperm, and to be mild to a woman’s body.

Pre-Seed is the first “fertility-friendly” Intimate Moisturiser that mimics natural body secretions to relieve vaginal dryness while providing an optimal sperm environment. Pre-seed’s moisture is delivered in a fluid with the same pH and osmolarity as semen and fertile cervical mucus, so as not to harm sperm, and to be mild to a woman’s body.

Pre-Seed contains a naturally occurring bioactive plant sugar (arabinogalactan) which provides antioxidant support to cells. Antioxidant levels can be severely decreased in semen from men with fertility problems leading to sperm damage. Pre-Seed is deposited inside to coat the vagina and external cervix and replenish nature’s moisture without harming sperm even while trying to conceive – a time of increased vaginal dryness when other personal lubricants should be avoided.

Pre-Seed has been fully clinically tested and doctor recommended.

Why do I need PRE-SEED rather than other vaginal lubricants?

Pre-Seed is sperm friendly which means that sperm can move freely in your vagina. The picture below shows sperm swimming freely between semen and Pre-Seed which is exactly what you need when trying to conceive.

Many popular lubricants can create a barrier that interferes with sperm as shown in the picture below – you can see that no sperm have been able to enter the lubricant.

Even worse many popular lubricants are actually hostile to sperm and should not be used when trying to conceive.

Vaginal dryness is a big problem

Many women experience vaginal dryness at some time and may use vaginal lubricants. This is especially true for couples trying to conceive since the stress associated with suspected infertility, or intercourse on demand when using fertility indicators, only makes matters worse. Recent estimates suggest that at least 75% of couples trying to conceive suffer from vaginal dryness.

Pre-Seed is the first “sperm-friendly” vaginal lubricant that mimics natural body secretions to relieve vaginal dryness while providing an optimal sperm environment. Pre-Seed’s moisture is delivered in a fluid with the same pH and osmolarity as semen, so as not to harm sperm, and to be mild to a woman’s body.

Pre-Seed contains a naturally occurring bioactive plant sugar (arabinogalactan) which provides antioxidant support to cells. Antioxidant levels can be severely decreased in semen from men with fertility problems. Pre-Seed comes in convenient single use vaginal applicators to coat the vagina and external cervix to replenish nature’s moisture without harming sperm even while trying to conceive.

Product Testing – Pre-Seed is carefully screened to assure a sperm-friendly environment before it is released for sale.

We only recommend Pre-Seed for vaginal dryness

Pre-Seed provides moisture without harming sperm. For use even while trying to conceive – a time of increased vaginal dryness when other products should be avoided due to their damaging effects on sperm.

Each box of Pre-Seed contains 6 pre-filled applicators designed for vaginal application prior to intercourse. Placing the Pre-Seed deep within the vagina allows for the “sperm-friendly” intimate moisture to coat the vagina and external cervix, providing moisture where it is most needed. Based on personal experience with Pre-Seed, we recommend application of Pre-Seed around 15 minutes prior to when you begin love making. It works well to apply Pre-Seed while sitting on the toilet or squatting. After depositing the tube contents as directed, excess Pre-Seed can be wiped off the vulva, and spontaneous enjoyment of trying to conceive can begin! Do NOT re-use opened tubes! That is a great way to get an infection and defeats the purpose of the product. The following links provide you with more information.

We do not recommend the use of Replens, FemGlide, Very Private, KY Jelly, Summers Eve, KY Liquid, Astroglide, Moist Again or Klick products. The reasons are given in the Table below.

We also do not recommend the following common ‘home’ remedies for vaginal dryness – egg white, saliva, tap water, mineral oil or baby oil. The reasons are given in the Table below.

The optimum pH value for sperm migration and survival in the cervical mucus is between 7.0 and 8.5 (according to the World Health Organization manual for examination of human semen and sperm-cervical mucus interaction 4th edition 2000). Sperm are very sensitive to low (acidic) pH and, to a lesser extent, elevated (alkaline) pH. Below pH levels of 6.9, sperm die at a rate that increases with lowering pH.
Sperm are also sensitive to both high and low osmolarities (ion concentration in solution) because these can cause them to either shrink or swell beyond their “critical volume limits”. A physiologic osmolarity around 360 mOsm/kg (that of semen) is best for sperm function.

For full instructions on how to use Pre-Seed click here

£2.55 Inclusive of all Taxes
Add to basket

£7.89 Inclusive of all Taxes
Add to basket 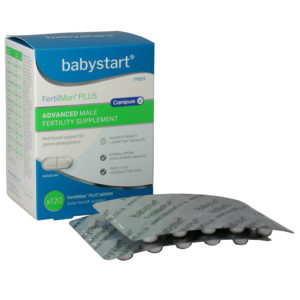 £27.89 Inclusive of all Taxes
Add to basket
Pharmacy Purchasing Restrictions