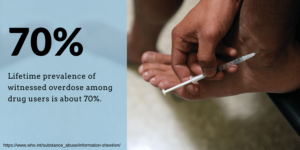 A year ago, a 28 year old male was admitted to an inpatient rehab facility in Vancouver. He went through medically supervised detox. According to the patient, he had been using methamphetamine (crystal meth) and heroin. He wanted to get clean. He was given a plan to follow. This included a buprenorphine/naloxone taper that gradually lessens until the fourth day when the drug dosage ends. He stayed in the facility for four days until the end of the fourth day, was released, and never heard of again.
Three weeks later, he was found without a pulse in a public toilet. He was revived enough to go an Intensive Care Unit, but after ten days he had suffered enough and died. There was a needle found in his arm when he was found in the bathroom. We can surmise he tried to use heroin or crystal meth again after his release.

What does this case of Death from Heroin Detox tell us?

A short stay at a rehab facility where there a sudden discontinuation of drugs used to treat addiction inadvertently caused an addict to die.
And he didn’t want to die. Maybe he wanted to live differently, that’s why he went into rehab. Maybe he wanted to quit, but he died shooting up. Experts believe that he either used benzodiazepines or sedatives. Taken together, Buprenorphine/naloxone and benzodiazepines/sedatives make a dangerous combination, often resulting in death.
This case is one of the ways we see death from heroin detox, but the most common way heroin detox causes death is through dehydration, elevated blood sodium levels, and the resulting heart failure.

But why is it so hard to detox from heroin? 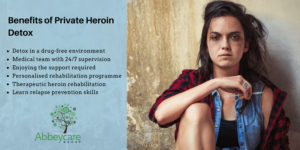 If heroin was easy to quit, many people would have been sober by now. During heroin detox many people lament how agonizing withdrawal symptoms are.
People who have never done any kind of drug just no not understand the depth of despair of wanting to quit but finding that out that you cannot. You physically cannot. You mentally and emotionally cannot. Many heroin addicts say they would rather prefer death that heroin withdrawal. And if detox is not done right, heroin users will eventually turn up dead. Either from overdose or suicide.

The brain is dramatically altered by heroin withdrawal. Long-term use of heroin damages the part of the brain called locus coeruleus. When people are addicted and dependent of heroin, they can find no pleasure in anything else. Pleasure felt by using heroin is indescribable, and there is evidence to point that even a natural high pales in comparison to a high form using heroin.

A recent study has shown that unlike a natural high, the high caused by heroin addiction feels more intense because heroin acts differently on a cellular level.
Targeting the golgi apparatus, heroin hits cells in a matter of 20 seconds, compared to over a minute, the normal time it would take for endogenous opioids to kick in. (Endogenous opioids are naturally produced by the body when it feels pleasure.) No wonder after using heroin, many people do not find anything appealing, appetising or gratifying anymore. If you stop using heroin, you feel abnormal, robbed of joy. But if you want to quit what do you do so you won’t die trying to quit in detox?

Do you still go to a rehab centre?

What’s going to happen then?

There are a few details worth mentioning about the case of the person who died after receiving treatment for heroin detox. First, he was not supported medically or by family and friends through his detox process. And second, he probably used benzodiazepine or sedatives right after detoxing. We can argue that if he was given the right amount of care, by medical experts, by family and friends, he would not have slipped away like that.

How to reduce the risk of death from heroin detox.

Rehab experts recommend doing detox as part of the whole process of drug rehabilitation. Detox is just a start. Usually, while under medical care, you detox safely with staff watching you. You get a gradual dose from the taper, and then you attend therapy sessions. After a month or so, you are sent home with an aftercare plan.

This sort of treatment is effective in combating heroin addiction. It is also the safest way to do detox. Having support after detoxing dramatically changes the outcome of your recovery, from desperation and agony, you can begin to have a little bit of hope.

A residential drug detox programme is an opportunity to come to a service in order to physically detoxify your body from a substance and make that important step from being physically dependent on a substance to being abstinent. At Abbeycare Foundation they support both men and women who have an alcohol and/or drug dependence who require in-patient care and support.

Dr Khan is Abbeycare Scotland’s clinical lead, and oversees the delivery of the medical and detox elements of the Abbeycare program at our Scottish clinic.

For more information about getting help from the NHS click here.

To see our range of drug testing kit click here.