The FIRST RESPONSE Early Result Pregnancy Test has unique patented technology to provide results five days before your missed period. FIRST RESPONSE is over 99% accurate at detecting typical pregnancy hormone levels from the day of your expected period.
FIRST RESPONSE … Discovering ways to be the one to tell you first.

FIRST RESPONSE is over 99% accurate at detecting typical pregnancy hormone levels from the day of your expected period.
FIRST RESPONSE … Discovering ways to be the one to tell you first.

So why know earlier?

Knowing sooner allows you to make important decisions when they really count, such as adopting a healthier lifestyle in the critical first stages of your baby’s development. Ultimately, finding out earlier lets you take better care of yourself and your baby – sooner.

How a Pregnancy Tests Works

From the earliest moments of conception, your body is already starting to undergo monumental changes. One of the very first is production of the pregnancy hormone, hCG, which can be detected in your blood and in your urine.

The amount of hCG in your body increases rapidly. It doubles every 36 to 48 hours as your pregnancy progresses, reaching its peak at eight to ten weeks. Pregnancy tests work by detecting hCG levels in your urine. When a woman’s urine comes in contact with the specially treated strip on a pregnancy test stick, special markers appear within minutes, indicating whether or not hCG, the pregnancy hormone, has been detected.

Pregnancy is truly a life-changing event. Knowing earlier if you are pregnant or not allows you to make important decisions such as adopting healthier lifestyle choices. You can begin taking better care of yourself and your baby sooner, in the critical first stages of your baby’s development.

Q: When can I do the test?
A: You can test as early as 4 days before you expect your period. You can use the FIRST RESPONSE Early Results Pregnancy Test any time of the day. You don’t have to use first morning urine. Generally, however, your first morning urine contains the highest level of the pregnancy hormone.

* 99% accurate at detecting the pregnancy hormone. However, some pregnant women may not have detectable amounts of pregnancy hormone in their urine on the first day of the missed period or may have miscalculated the first day of their period.
Q: I have waited longer than 3 minutes, and still there are no lines in the Result Window. Is there anything wrong?
A: Your result should appear within 3 minutes. There should be at least one pink line in the Result Window at 5 minutes to indicate that the test is completed and you have done it correctly. If not, the test is invalid. This could be due to insufficient urine on the Absorbent Tip or not holding the device with the Absorbent Tip pointing downward while replacing the Overcap. You should retest with another device, carefully following all directions.

Q: Will the result change if left standing for a certain period of time?
A: The test result should be read as soon as possible after waiting the 3 minutes. A positive result will last for at least 48 hours. A negative result should not be read after 10 minutes.

Q: Do any drugs or medications affect the test?
A: Only medications containing the pregnancy hormone (hCG) can affect the result (e.g A.P.L1, Pregnyl3 , Profasi 4 and Pergonal 4 ). The test should not be affected by hormone therapies containing Clomiphene citrate (e.g. Clomid 2 , and Serophene 5 ), alcohol, painkillers, antibiotics, or the contraceptive pill.

To increase your chances for a healthy pregnancy for you and your baby, you should consider the following:

From conception through the first three months of pregnancy is the most important time. You need to see your doctor immediately for proper care and nutrition counselling.

WARNING: According to the Surgeon General, women should not drink alcoholic beverages during pregnancy because of the risk of birth defects.

Trying to get pregnant…
Many women do not know that their most fertile days are the days leading up to ovulation (when your ovary releases an egg to be fertilized by the sperm). To become pregnant sooner, you should become more familiar with your ovulation cycle.

PLEASE READ ALL THE INFORMATION IN THIS
LEAFLET BEFORE PERFORMING THE TEST.

When to use the test

The FIRST RESPONSE test is so sensitive that most pregnant women have enough of the pregnancy hormone, hCG to be detected as early as 4 days before their expected period. For example, if you expect your period on the 21st day of the month, you can test as early as the 17th day of the month. You can use the FIRST RESPONSE Early Result Pregnancy Test any time of the day. You do not have to use the first morning urine. Generally, however, your first morning urine contains the highest level of the pregnancy hormone.

Whether you are trying to get pregnant or trying to keep from getting pregnant, when you miss your period you want to know immediately if you are pregnant or not. The pregnancy tests that we offer are fast, accurate (greater than 99%), reliable and an easy alternative when you require immediate discreet results in the […] 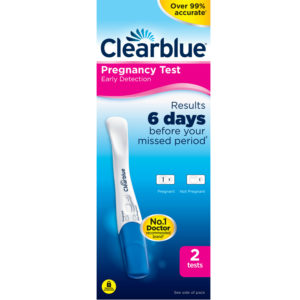 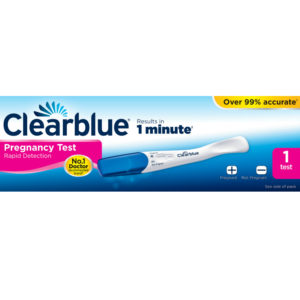 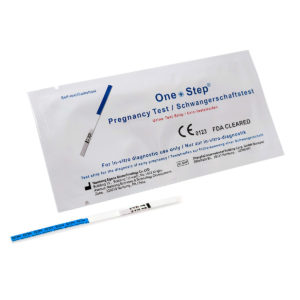